- April 21, 2022
First, sorry for the lack of updates. I know I'm missing a lot of details from the previous Telescope post. But to sum it up, lots of new features and fixes were shipped throughout 2.8 and 2.9 but since 3.0 alpha which was released 2 weeks ago, we've had to shift our priorities towards the mainline features that were to be shipped in the 3.0 major release which we're shipping this week.

So we've finally got our own Supabase client running on staging, and we're planning to deploy it to production for 3.0 So that's really exciting.
Jerry has been lending a hand by coming up with more tables we can use for more info (i.e. github_data) Not only that but he's written a script to backup our Supabase/Postgres data in the events of a failure, that's really neat! This process involves starting a temporary container for the purpose of running the backup script.
We've been migrating things like accounts and feeds to the Supabase tables. But when we want to alter these tables, like say add row level security, there's a few ways you could do it. First, you could just go to the supabase studio and insert it manually with the GUI they've built. Or we could use Prisma, an ORM tool for nodeJS that Duc had suggested. This way, we generate an sql file with the prisma script, (which includes a name and date record to keep a history of the migrations) edit in all your sql statements (ALTER, INSERT, etc.), then push it to upstream for it to be ran in prod/staging.
So it's exciting to see Supabase really coming to its own in Telescope, there's still lots of potential for it to grow so I can't wait to see where it goes from here.

So for alpha 2 weeks ago, I worked on a few issues regarding the status service. They were pretty minor, but I wanted to do what I can in contributing to the alpha and major release so I fixed an issue that's been hanging around in our status service for a while. We have a contributor card that shows a github name and avatar for the last Telescope commit. The avatar image is running into some sort of CORS error and doesn't load.

After some time debugging, I found out all it took was to add the "crossorigin=anonymous" attribute in the img tag. And just like that the contributor card shows the avatar! Another bug down for 3.0 :) Right now, I think we just need to worry about the rate limit for the API, since that will affect the contributor and commit cards for all its info.

It's already the end of the semester and we're going to release 3.0. It's been a great experience working with telescope and I'll sum it up in a different blog post. But that's the progress so far and we've just got one more release to deploy.
Thanks for reading :)

Popular posts from this blog 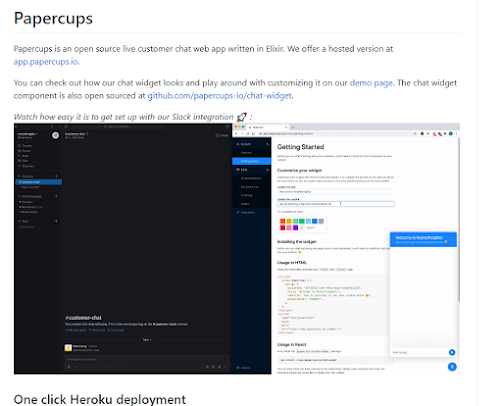 A lot of tabs were opened today... And yes most of them were stack overflow threads, and react docs, and dev blogs, it was real satisfying being able to close all of them. However with all these information in aid for my quest to fix an issue, I've finally done it tonight. My 4th PR.... which is 4 days late. Oh well, I learned a lot today and that's what matters. So about 4 days ago I started working on an issue in this repo. It's called papercups and its an open source live customer chat web app, backend written in elixir, and frontend with typescript/react.  I found this repo a while back last month but was scared to touch it because of all the technology that built the app and it intimidated me. But with last weeks newfound confidence after setting up telescope and working on that, I was eager to try this out. So I found a relatively straight forward (yeah, right) issue to add an edit functionality to one of the pages for the customer data, and asked the maintainer if I
Read more 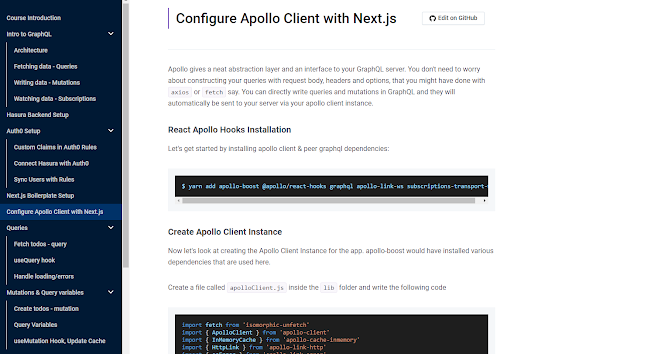 This will be my last post written for my OSD600 course, after that, every post will be about my own journey in programming. And so I wanted to say that this course, out of all the classes I've taken so far in Seneca College for my program (CPA), is by far the absolute best course I've had in the school. The topics it covers, the knowledge it teaches, and the practicality of it is just exceptional. I've learnt so much from this course, from both the professor and my own, and that's thanks to Prof. David Humphrey's mentoring. He not only taught us how to use GitHub, make pull requests, and use Git, which I should mention is one of the most well taught guides on how to use it and I recommend anyone to watch his recorded lectures on his YouTube channel , but he also taught us how to go out on our own and expand our knowledge through the beauty of Open Source Programming. With this newfound knowledge I've acquired from the class, I'm much more confident and eager
Read more

- April 19, 2022
Fragments is a cloud-based microservice made with AWS services. This was our main assignments throughout the semester for CCP555 (which Dave also teaches) Gradually implementing Amazon web services to a basic web app made with nodeJS.  Fragments is a web app made to store and distribute small text and image files for a rhetorical company that require the fragments microservice to support their new system. As for it's architecture, it's pretty simple. At its core, its an express app, built to serve as an HTTP REST API for all the fragment operations. I'll try and detail the Amazon web Services used to support the app. Amazon Cognito So for authorization (which I've learned in this course is the most 'necessarily' complex topic to learn) we used Amazon's Cognito service. Cognito is so great for simplifying a lot of the authorization process instead of having to build it yourself from the ground up. In addition to the authentication that it provides, it stores
Read more